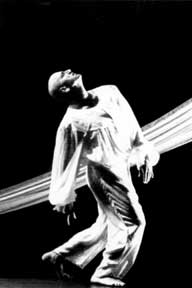 Paul is an award-winning interdisciplinary dance artist/educator whose dance/theatre/opera/performance/installation works have been featured throughout the Western US as well as Australia, Latvia, Finland and Italy.

He has performed professionally with dance and theatre companies, directed Physical Theatre and a Youth Dance Improvisation companies in the Seattle area, a Dance/Theatre company in San Francisco, and Capoeira groups in San Francisco and Los Angeles, choreographed stage combat in L.A., was founding member and movement specialist for a S.F.-based Theatre company, created collaborative performance works with master artists from Brazil, China, India, Spain, the Congo, and Japan, built/own/directed an inter-arts center, collaborated on the creation of a BFA in Performing Arts and a BA in Dance, created/directed an afterschool performing arts academy for youth in San Francisco’s Mission district, and served as Public Arts Planner for Pierce County in Washington state, managing 1% for the Arts Projects.

Highlights of his performance career include creating roles in an original theatre production at the Lorraine Hansbury Theater under the dramaturgical supervision of Ed Bullins; the creation of title roles in the world premier of three ballets by Frank Zappa as the only human character interacting with life-sized puppets; performing in seminal works by Paul Taylor and Anna Sokolow; performing with master artists from around the world and within his own works.
Powered by